We did a multicentre, non-blinded, randomised, controlled trial in nine countries worldwide. We enrolled patients 18 years or older who had radiologically confirmed, painful (ie, pain measured as ≥2 points using the Brief Pain Inventory) bone metastases, had received previous radiation therapy, and were taking a stable dose and schedule of pain-relieving drugs (if prescribed). Patients were randomly assigned (1:1) to receive either 8 Gy in a single fraction or 20 Gy in multiple fractions by a central computer-generated allocation sequence using dynamic minimisation to conceal assignment, stratified by previous radiation fraction schedule, response to initial radiation, and treatment centre. Patients, caregivers, and investigators were not masked to treatment allocation. The primary endpoint was overall pain response at 2 months, which was defined as the sum of complete and partial pain responses to treatment, assessed using both Brief Pain Inventory scores and changes in analgesic consumption. Analysis was done by intention to treat. This study is registered with ClinicalTrials.gov, number NCT00080912.

In patients with painful bone metastases requiring repeat radiation therapy, treatment with 8 Gy in a single fraction seems to be non-inferior and less toxic than 20 Gy in multiple fractions; however, as findings were not robust in a per-protocol analysis, trade-offs between efficacy and toxicity might exist. 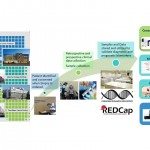