There are many ways to get involved with APCaRI. Join our team, support events in your community or donate to this important initiative.

Other ways to help?

Prostate cancer is the most common cancer to affect Canadian men. One in seven men will be diagnosed with the disease in their lifetime. Here are more ways to help change those statistics. 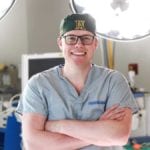